Its research and work focus lies on public law and its role in facilitating good governance. Based on the cooperation between the Faculties of Law at the four participating universities our approach is interdisciplinary and open. Pursuing a comparative perspective of transfer of ideas and knowledge between Europe and Southeast Asia, we particularly pay attention to Southeast Asian countries.

Next to research and teaching the activities of the CPG include also political and governmental consulting as well as training of professionals. Furthermore the CPG publishes the European Asian Journal for Law and Governance and provides numerous services for scholars and students.

More than 40 scholars from the four universities forming our institute are actively involved in the work of the CPG. Numerous co-operations exist with further European and Asian universities and other private and public institutions concerned with public law, good governance and politics. 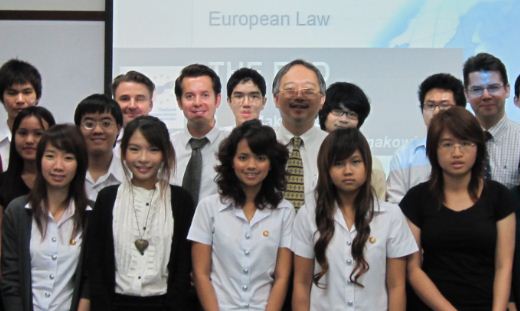 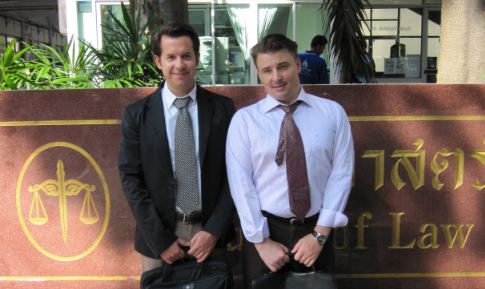 Mr. Glaser (Principal Coordinator of CPG) with Professor Makowicz (l.) in front of the Thammasat University in Bangkok.