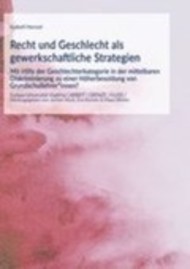 The globalisation and Europeanisation of labour markets create deep challenges for labour law worldwide. These processes aggravate competition among employees and workers. Labour mobility and migration, free movement or posting of workers bring standards of labour law in high- and low-wage countries into direct competition. Transnational value chains cause competition between labour markets that might be far apart geographically. The resulting pathologies of work have been examined by social scientists as constituting precariousness, relations of coercion and force.

Collective organisation is currently not equipped to adequately address these challenges. Minimum-wage requirements set by the state and the operation of state authorities subsequently seem to give more weight to national states in labour law. At the same time, transnational law-making largely remains an effort of private businesses and corporations, with corporate initiatives triggered and shaped by transnational activism and non-governmental and international organisations.

In this context, the Center concentrates on the following topics: